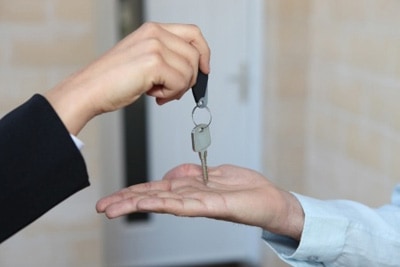 A transaction or escrow is considered “closed” once the deed has been recorded, this is often referred to as transfer of possession which means the new buyer now owns the home.  Time to move in right?  Maybe not… perhaps you’ve agreed to a seller rent back allowing the previous owner to stay for a determined time to pack and move-out.  This is often a scenario after all sellers need a place to go also and are likely more open to accepting terms agreeable that allow them to stay and get their affairs in order in preparation to find a new home and move to it.  Traditionally, sellers looking to move into a new home will close escrow and execute their transfer of possession simultaneously but their are circumstances that don’t always allow that and the new owner may be forced to deal with the rent back option like we discussed earlier.

What is Transfer of Possession?

Think of transfer of possession as like being at a red light when it turns green.  Of course all the cars see the light turn green but nobody can move or do anything until the car in the front of the line begins to move.  Same goes for sellers opting to close simultaneously on a property they’re purchasing.  This often is the case where funds are need to close on a new home or release of debt load to qualify for another home.  Just like dominoes, if one escrow closes then it’s likely that the one following them will also close.

What happens with Transfer of possession if the sellers escrow doesn’t close on the home they’re buying?

That’s a great question, when this happens the seller is put in a very difficult situation and depending on how the Purchase Agreement is written and agreed to, it can actually force the seller to sell regardless if they have a place to go or not.  Many times with this happens the seller looks to their agent for support and options such as contacting the buyer to allow the seller to remain in possession.  Generally when a California Residential Purchase Agreement is signed, it’s agreed to by both buyer and seller that possession of the property will be delivered to the new owner by 6pm on the date of close of escrow.  If however other stipulations or terms are made then those will govern.  In the event that a previous owner is allowed to occupy the property after close of escrow then an occupancy agreement must accompany the California Residential Purchase Agreement.